Shaindy was a good girl. She completed all her studies, did well on tests, and helped around the house as much as she could. Shaindy was 9 years old and had four siblings. She had an older sister Chani who went to seminary in Eretz Yisroel. Shaindy had 2 younger brothers and one younger sister. Reuven, who was 6, and Yisroel, who was 4. Her little sister Devori was 2 years old, very cute, with pudgy cheeks, and always got into trouble.

One thing that Shaindy had a hard time with was that Shaindy was always very selfish. She kept things to herself and did not want to share anything she had. Shaindy even tried to push something off that the teacher told her to do. One day when the class was dismissed for recess, one of her classmates approached her and asked for a snack. Before, Shaindy used to give snacks to anyone who needed, but this time though it was different.

“Shaindy, do you have something in your lunch I can have? I forgot my lunch at home and I am really hungry,” said Elisheva, “No, not today, maybe some other day,” answered Shaindy, while Elisheva walked off miserably. Inside, Shaindy knew it wasn’t right to do that, but she just pushed that thought away, and concentrated on going to recess.

One, hot Sunday afternoon Shaindy was very, very bored. She did not know what to do. Shaindy decided that she would call her friend Shira. She dialed Shira’s number. “Hello” someone on the other line answered. “Hi, this is Shaindy, can I speak with Shira, please?”  “Sure one minute. Shiiirrraaaa, a phone call for you,” said Shira’s mother. “Coming Ema (mother),” replied Shira.

“Hello, this is Shaindy, I wanted to know if we can have a play date together,” said Shaindy. “Sure, let me just double check,” Said Shira. “Ema (mother), can I go over to Shaindy’s house to play?” asked Shira to her mother. “Fine with me, as long as you have a snack before you go,” Shira’s mother answered back.

A half-hour later, Shira arrived at Shaindy’s door, “Let’s go to my room,” said Shaindy, after they had a refreshing drink of lemonade. Shaindy and Shira climbed up the stairs, and went into Shaindy’s room, “Wow, I just love that art set! Can you please take it down so we could make something?” Shira asked.

“Okay, so then what should we do?” asked Shira, “Don’t ask me, I also do not know what to do,” answered Shaindy, “Oooohhh, I love the game Sorry, can we play that?” asked Shira, “Well, I am really not in mood for playing that game right now, how about something else?” Shaindy suggested.

“Shaindy, can’t you ever make up your mind? I am just going to leave if you can’t decide what we should do,” said Shira sounding annoyed.  “Okay, then, go home, I don’t really care,” said Shaindy angrily.

“Well, in that case, I will just leave, and that’s it for today,” said Shira as she stomped out of Shaidy’s room and downstairs. “Um, Shira, where are you going, I thought you were playing with Shaindy,” said Shaindy’s mother looking puzzled.

“Uhhhh, my mother said I have to go and buy new shoes, I just didn’t realize the time,” said Shira as she closed the front door behind her, and walked down Shaindy’s pathway.

The next day, Shaindy’s cousin Estie who lives just down the block came over to play. When Estie came over the two cousins went outside to play in the gorgeous weather.

“Shaindy, can I ride your bike, and you could ride Reuven’s bike instead?” (Reuvan is Shaindy’s little brother) “Well, maybe you could ride Reuven’s bike instead because I really want to ride my bike. Besides, we didn’t have nice weather for a long time, and I haven’t really got a chance to ride it yet,” said Shaindy. “Okay, fine, so then next time I come over, can I get to ride your bike?” begged Estie.

After ten minutes of riding, Shaindy and Estie went inside, and went straight to Shaindy’s room. “I am so tired from all that bike riding,” said Estie as she flopped down on Shaindy’s bed. “Hey, stop lying on my bed,” Shaindy yelled, “Hay is for horses, not for people!” Estie laughed.

“I don’t care. Get off my bed right now.  I am the only one who is allowed to touch it!” Shaindy said sternly.

“Well,” said Estie “I don’t want to stay here any longer.” With that, Estie stomped out of the room and went downstairs to leave.

“Estie, where are going?” said Shaindy’s mother looking confused. “I thought you were playing with Shaindy.”

“Uh…actually my mother said I need to help her around the house. Since she just had a baby, she said I can play here for only a half-hour,” Estie said while closing the front door behind her. Meanwhile, Shaindy flopped on her bed. What was going on? Her friends and cousins where all leaving and did not want to play with her. Shaindy decided that anyone who wanted to play with her toys could do so and she would begin sharing with them.

The next day, Malky, one of Shaindy’s friends called to have a play date.  “Oh, a play date… yes…one minute…yours… great…very soon…bye,” said Shaindy. “Mommy, can I go to Malky’s house to play?” asked Shaindy. “Yes, but first put away the game you were playing with before you leave, “ said Shaindy’s mother. “Okay, sure!” said Shaindy.

Ten minutes later, Shaindy and Malky were deciding which game to play. “Can we play……Charades?” asked Shaindy, “Eeeww, who wants to play Charades? I was thinking of selling that game at a yard sale,” said Malky.

“Oh, not the game Uno,” Shaindy thought to herself. “Come on already,” urged Malky, “I put down a draw four, now pick four cards. Why are you looking at me like that, do I look like an alien from Mars, or something?” asked Malky.

“What? Oh, sorry, I didn’t realize,” said Shaindy sleepily, “Let me pick four cards….okay, I guess you won,” stated Shaindy, not sounding like she had much fun.

After watching a boring gymnastics show from Malky, and making an excuse to leave, Shaindy took her time going home, and thinking about what just happened. “Malky is not pleasant to be around, she never lets you play a game that you want,” Shaindy mumbling to herself.  “In that case, I am never going to her house again,” thought Shaindy.

“Well, to tell you the truth, I use to be like that too, but not anymore.” Shaindy realized. “I am never ever going to act like that again,” Shaindy decided as she pushed open the door to her house.

“Mom, I’m going to my room until it’s time for dinner,” Shaindy called to her mother. “Fine with me,” Shaindy’s mother answered back. Shaindy went straight to her room, and shut the door behind her. One thing was a for sure-she would never do that to a friend ever again.

The next day, she called her friend Shira. “Shira, I’m really sorry that I made you leave. Do you think we could have another play date today?  I have something I need to tell you. When Shira came over to Shaindy’s house, she offered to let Shira play with her new art set that she got for her birthday present.

“I wanted to make a little organization” said Shaindy. “Let’s invite my cousin Estie too. She would probably like to help out with this project.  Shaindy then called Estie. When Estie answered the phone Shaindy said, “I’m sorry that I didn’t let you touch my things the other day when you came to play, do you forgive me?”

“Oh, it was no big deal, you were probably just a little tired,” said Estie, “And yes, I forgive you. Then Shaindy mentioned to Estie about her new idea. “Well, I was thinking if we could have a play date today, then I can tell you all about my new idea!” exclaimed Shaindy.

Shira and Estie came over, ate lunch together, and then called people to tell them about the organization. They decided that they would donate their clothing and other people’s clothing to help people that are poor. They even called some of their classmates to help too.  Many girls came over, helped, and even brought some of their own things to donate! People started pouring in with donations! Their idea was a big success!

Everyone was exhausted when all of Shaindy’s friends finally left her house. Shaindy knew that not only did she do a big mitzvah for others, but she also felt more caring and kind toward others too.

This story was written by Tzippy Szendro. She is 9 years old and is in 4th grade at Bnos Yisroel. She lives in Baltimore, Maryland and is the oldest child with three younger brothers. Some of Tzippy’s hobbies include bike riding, baking, arts n crafts, swimming, and playing piano. She also enjoys writing stories and this is her first published story! 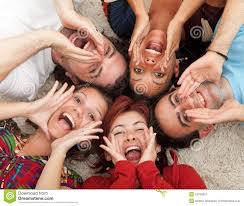 Posted on Yaldah.com by Sarit