Counting down the days to Shavuos 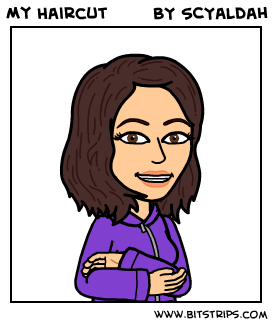 Now that Lag BaOmer has come and gone, I can heave a big sigh of relief. For one thing, I can listen to all of my favorite music again.  And I got a much-needed haircut!  See the picture?  My hair is a lot shorter now, and I touched up my side bangs too.  At first, I had my doubts about getting it cut so short, but now I rather like it better this way.  :)

This whole time, we’ve been counting the Omer until Shavuos, but now that it is getting so close, I’m going to put up a comic about Shavuos instead of an episode of Stranded!

This is going to be part of an occasional comic strip about a Jewish girl named Mushky, who lives in a typical neighborhood, and isn’t about to get on a plane that crash-lands on a deserted island.  Think of it as a peek back into the world of normalcy amid all the absurdity of the Stranded storyline! 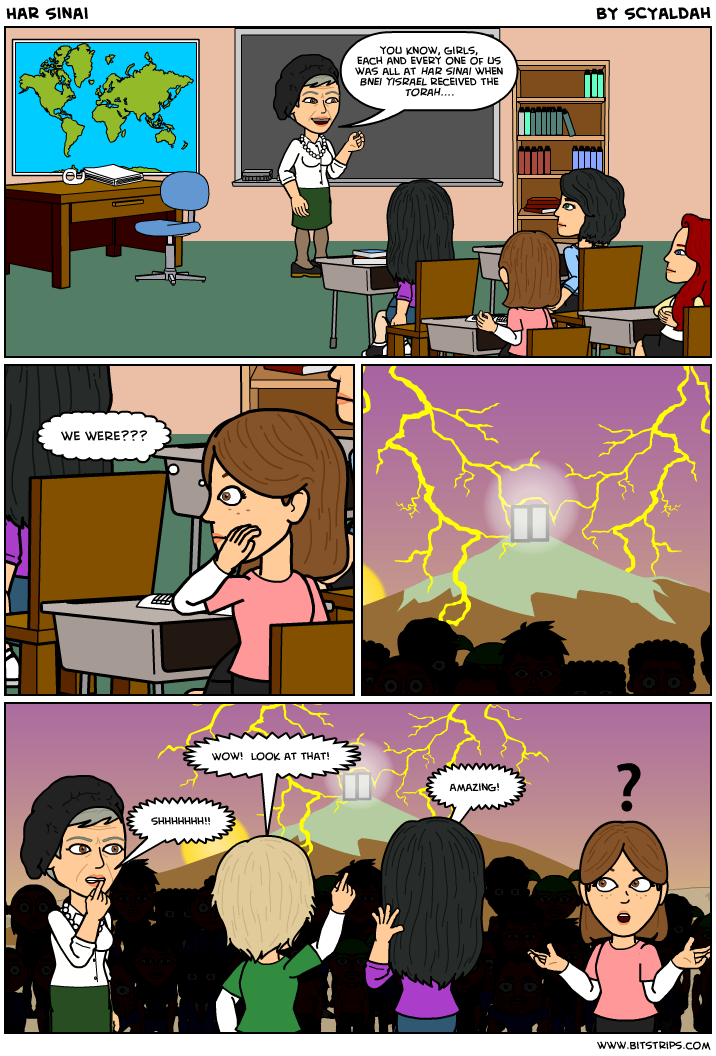 Well, if you consider traveling back in time a few thousand years in Mushky’s imagination normalcy, that is.  :P

What’s your favorite part of Shavuos?  (Eating dairy on Yom Tov comes to mind for me.  I found this spectacular recipe from Joy of Kosher for mini cheesecakes in wonton wrappers….)