A Trip to Court by Basya Vishnepolsky

A Trip To Court

Chaya Rivkah was walking along the road. Then BOOM CRASH!!! The cars right next to her crashed into her house! She hoped her family was okay. Being the in the middle of the sandwich as the only girl, life was very hard. But still she still hoped that everybody was allright. Soon everybody came out of the house. There was, the angry drivers, Shimmy, David, Mommy, Yankel, Moshe, Avraham, and baby Ruven. Chaya Rivkah came runing toward the sceane. Mommy called the police. When the police came the two drivers were cursing each other for ruining the other’s car. The police quickly set up cones around the area. All the chaos sounded like this. Mommywahtarewegoingtodoshimmywereisthebabybababgrrrrrrrugarewehomlessyoushoulbeashamedthatyoubrokecaryouareso—–

Meanwhile, Chaya Rivkah wondered if they would be homeless. And what would happen to the drivers. Or what Tatty (father) would say when he got home. 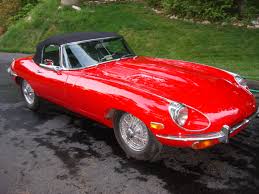